In all the hoopla surrounding the recent Amy Sillman show which just closed at Sikkema Jenkins, we've heard and read myriad discussions of the various trappings of the exhibition -- the narrative drawings, the zine, the CD, the grand concept, the paintings as illustrations of the concept -- but almost no direct discussion of the paintings themselves. As paintings do, they have sat mute, engulfed in the noise of the critical sparring. Unfortunately, the instigator of this noise was the artist herself -- apparently so intent on talking the talk and walking the walk that she loaded her show with retrograde baggage and tangential impulses -- apparently afraid to "simply" make paintings. Don't get me wrong, the large paintings in this show are impressive -- muscular, layered, searching -- great color, dynamic spatial contrasts -- if only they were allowed to be themselves, purely visual statements -- not ideas about painting. It's an aspect of much of Sillman's work that I have always found to be it's Achilles heel, her insistence on narrative -- or her inability to fully embrace the painting language without the crutch of some textual addendum. In this show, her fixation on the lightbulb symbol and search for a symbol for feeling, and all the attendant clever babble, reveals an indulgence that is way below Sillman's keen intelligence and protean talent. One wishes she would just paint. 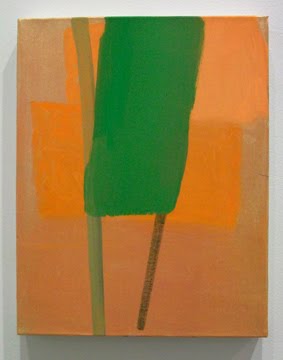 These three tiny paintings easily disappeared into the expanse and bravado of the many large works and the walls full of drawings. But in my view, they were the saviors of the show. The massive overwrought self consciousness of the 8 ft paintings was glaring in stark contrast to the simple felt directness of these little beauties. 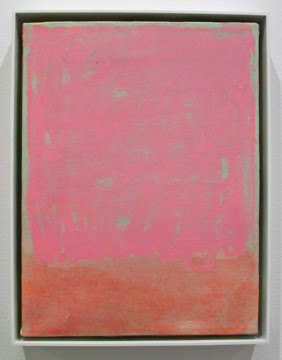 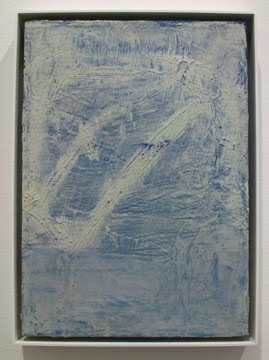