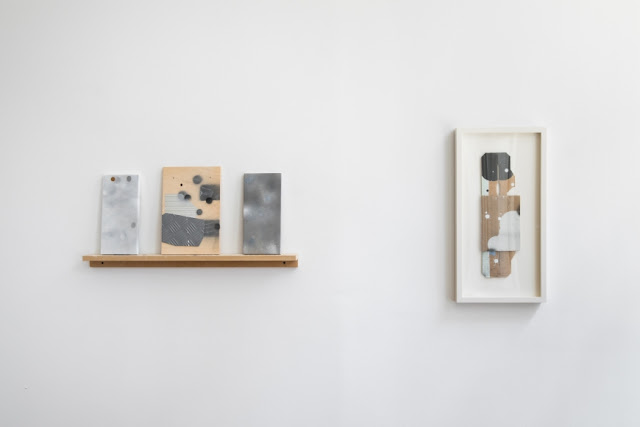 George Negroponte comes to making art with a pure love of painting. His aim has never been to turn over the apple cart, or in Al Held’s words, reinvent the wheel. As such, he has been compelled to paint his way through various modes and approaches, learning and searching for authenticity and resonance. A few years back GN spent five years in Sweden with his family where he painted in isolation, save the input of his wife Virva Hinnemo, also a wonderful painter. He painted and looked after his family’s needs. After an adult lifetime in close proximity to, or in fact at the very center of the NY art world, this was radical, and a trial of epic proportion. 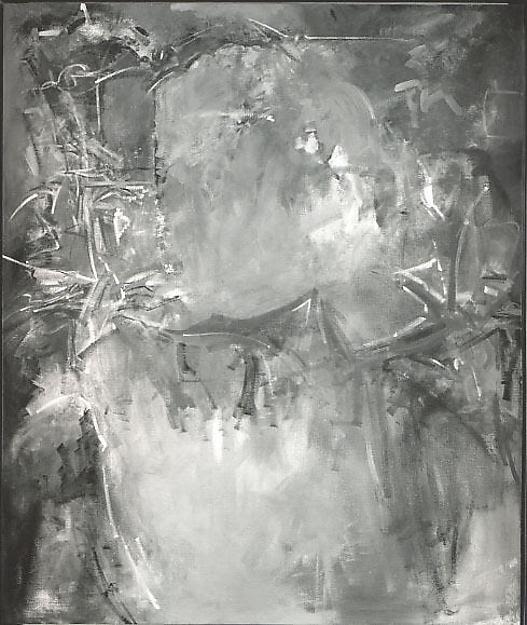 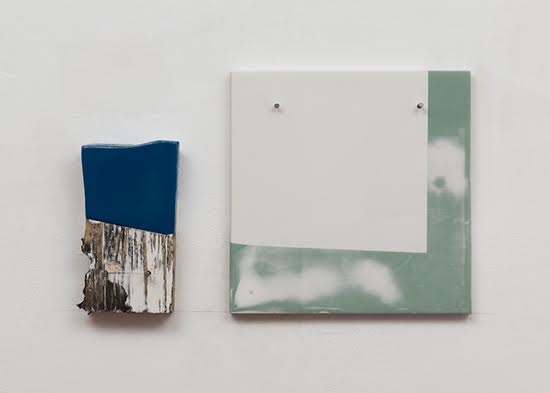 At GN’s last show at Jason McCoy before leaving on his Swedish adventure, he had already started to dismantle his gestural paintings by tearing up works on paper and reassembling them. The work found a new supercharged, stripped down energy. They were fresh and open and seemed like a beautiful beginning for what would come; Franz Kline and romantic abstract expressionist paint handling still remained in the mix.

Negroponte showed work on two occasions at Kouros Gallery. This was work he made in Sweden. His isolation created a kind of opening for him and a sink or swim situation ensued. Only what was essential now could be allowed into his mix, and the last affiliations with anything or anyone else finally vanished. He was working at the level of bone on bone.  This work was quite surprising, even shocking. It gave me a chill. It looked cool but felt hot. It was stark, and bare. It used decorative materials, i.e. wallpaper but was tough, evasive, intriguing and beautiful.  Underneath the immaculate surfaces was a romantic even desperate attempt to invent a way to express himself and I believe to connect to something larger. He had found himself in a difficult situation from which he would eventually emerge, but not with out making work that was totally unique and very expressive. 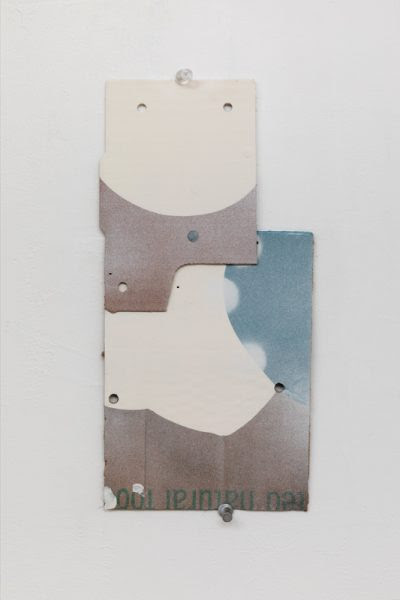 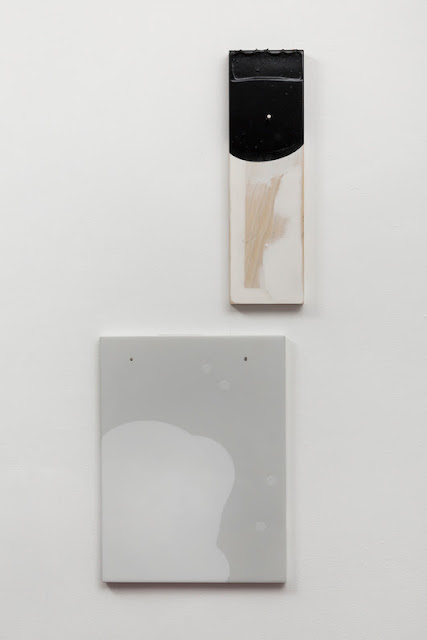 In his show last year at Ille Arts in Amagansett, and now living on Long Island, Negroponte’s work took another interesting turn. In this beautiful, sensual show, he paired small scraps of wooden board, usually in the range of 5x3’’x1’’painted in a manner that suggested a force other than the painter’s hand, and definitely not a hand with a painters brush. They were immediately likeable uplifting and luminous.  The paint was hi-keyed in tone and soft in hue; hard and shiny because he used housepainters enamel paint. In other words they felt natural, airy, easy and relaxed. They were Asian, Zen in that way of seeming effortless and gestural- an offering of the natural world. The couplings seemed completely intuitive based on the color and textural harmonies set up in pairings. They were hung a-symmetrically and casually on the wall and the work exuded a beautiful soft light while maintaining a wonderful, charming, profound, and poetic presence. As with all of GN’s work it spoke clearly in the language of painting and in this case of quiet, sensual pleasure. 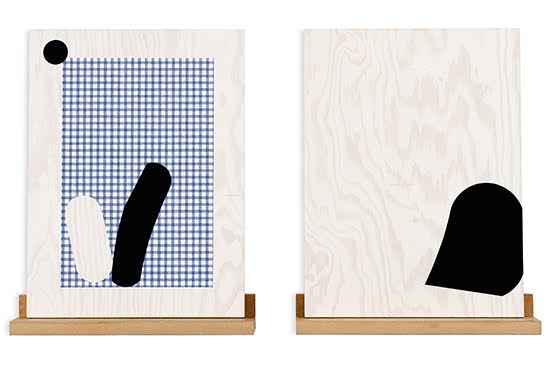 In his current show titled “Gravel Road” at Anita Rogers’ beautiful new space in Soho Negroponte uses shaped bits and pieces of cardboard as his support. The work feels softer than the previous body of work as the material itself is porous and absorbent in nature and the deep tan color of the cardboard radiates a warm muted soothing light, in a way similar to Vuillard who often used earth colored grounds to inform and unify the colors in his composition. Like Vuillard the work tends to be understated, approachable and intimate. These works are small, all under 20” in height, on the longer side.  The warmth of the ground is balanced by a predominately cool palette, though occasionally he uses a hard fire engine red and there are also whites, deep browns, rich greens, and black as well. As in his last show Negroponte occasionally uses pairings of smaller pieces in combination. The dialogue is intriguing; it’s like watching two children in a playground conversing and sizing each other up. But this is not a defensive matter of the mind as it would be for many adults, but an natural intuitive attempt to find connection in an infinitely opened 5 dimensional field. 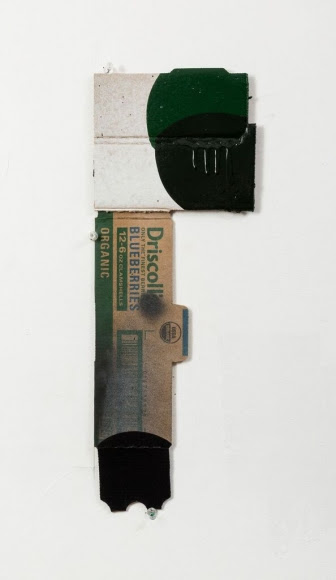 In the end what I take from this show, and keep in mind I have watched GN’s paintings since the early 70’s when he was painting his way through Venetian painting, is a man who has over years done everything he can, using every means possible, discarding every shred of unnecessary baggage, finding the most delicate coloristic, harmonic chords that are carefully modulated and applied, to wring out of himself a statement from his heart, that approaches and proclaims his love for this world, his fellow man, and it is my conviction, for the human spirit.