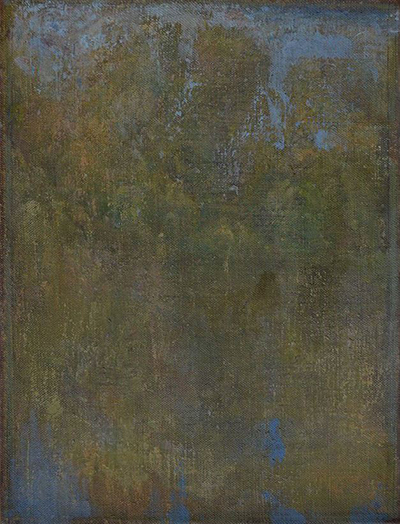 Eric Holzman is presenting an exhibition of small paintings in the back gallery at Lori Bookstein Fine Art through February 7, 2015. While we might call these works landscape paintings, I would say that they are first and foremost paintings, that take elements of landscape as their subject or starting point. One of the most recent pieces in the show, Afternoon, is almost entirely frontal -- a luscious organic object whose surface undulates with a most subtle umber/ultramarine contrast -- like a lovingly handmade effigy of a momentary memory. Other works as well, particularly the smallest pieces, read from a distance as virtual monochromes, then draw us into a dense amalgam of shapes and spaces that are at once as inviting and as impenetrable as nature itself. Several of the slightly larger paintings feature a heightened contrast between color-saturated sky and silhouetted trees, creating a hallucinatory presence that again emphasizes both the beauty and otherness of the landscape. In their extreme compactness these diminutive paintings all have an intensely worked physicality that creates an aged timelessness that calls to mind myriad art historical references. But while they are of course full-fledged self contained paintings, they are also used by the artist as studies for the fierce and magnificent 8 foot paintings where Holzman is absolutely in a league of his own. 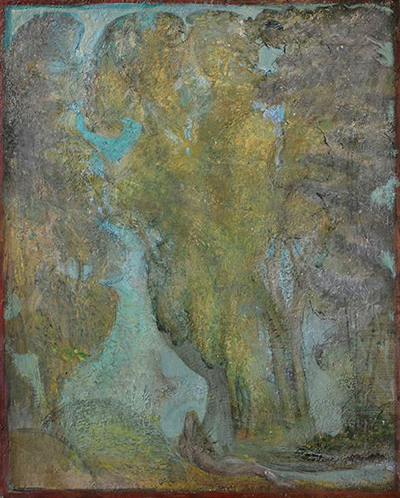 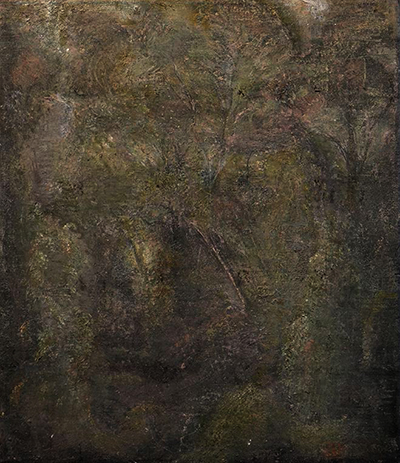 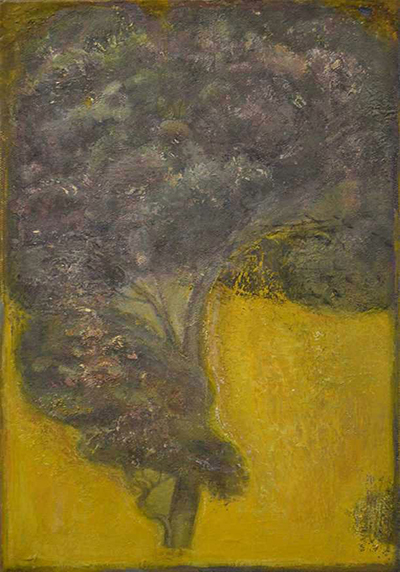 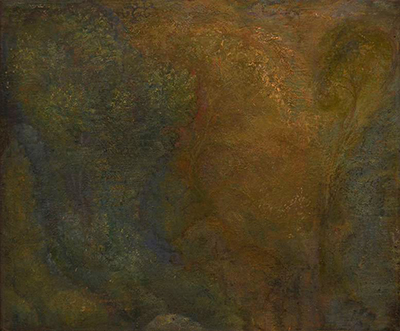 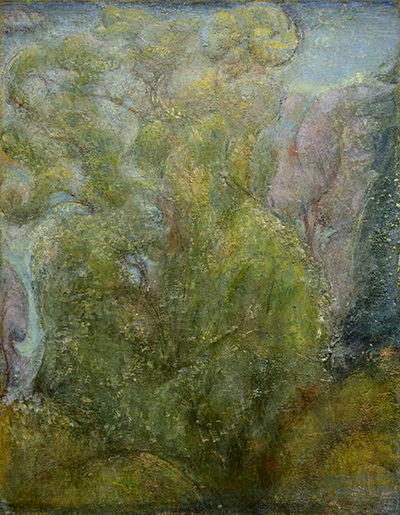 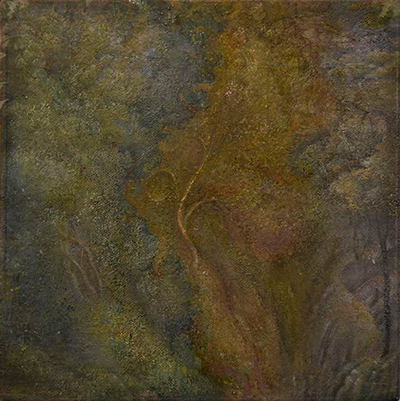 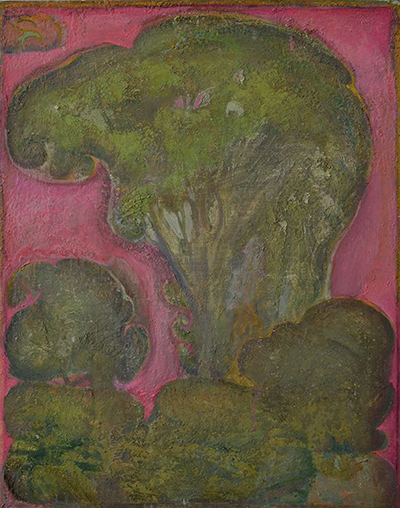 Images from the gallery website
Posted by S.A. at 13:19