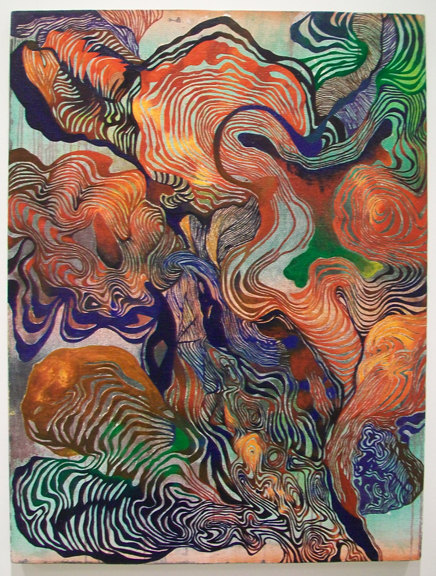 This is the last week to see an exhibition of remarkable new paintings by Mara Held at Gary Snyder Gallery (through March 2, 2013). Held makes paintings that operate both as ecstatic images and as exquisite objects. Her images are built with curving concentric contours that intersect and interact to form complex undulating spaces, like tripped-out mindscapes in which multiple layers of reality are perceived simultaneously. Held's color has become highly refined with intricate shifts and modulations occurring to warp and weave the space. The paintings are made with egg tempera on nubby linen in an excruciatingly painstaking process. The lines of brittle paint sit on top of the linen almost like collage, giving the surface the quality of a relief or a tapestry. These paintings are bathed in sensation and sensuality, as though the doors of perception have been taken off their hinges. 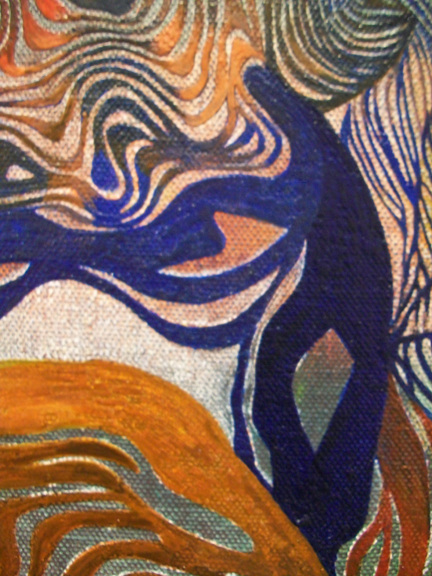 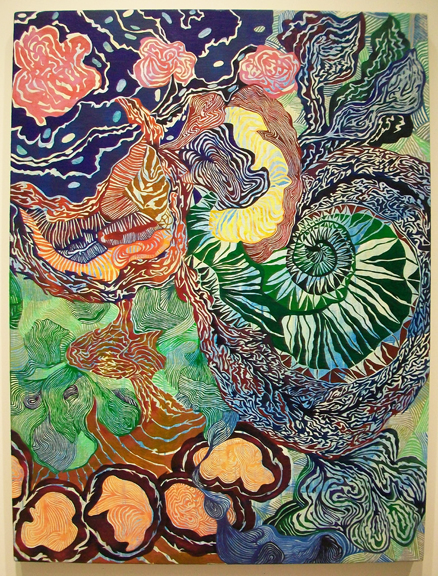 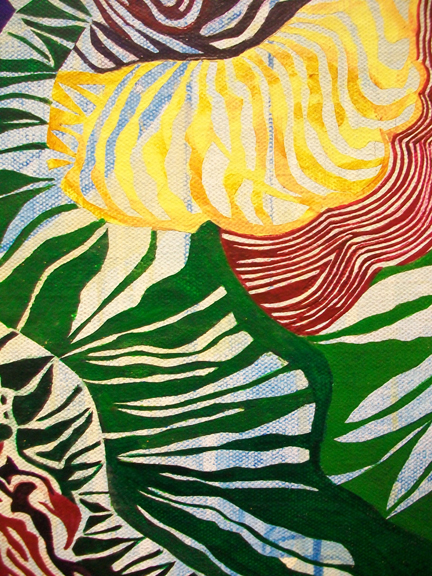 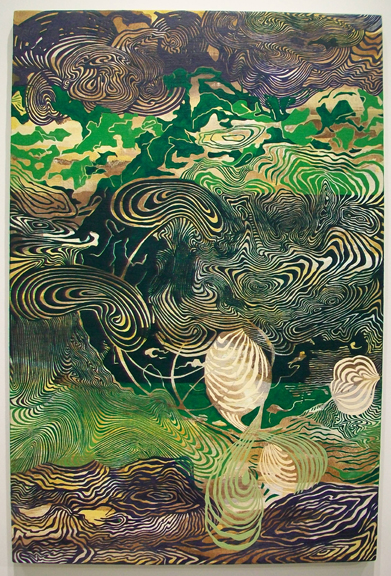 Mara Held, Between Island and Mainland, 2012, 48 x 32 inches, egg tempera on linen mounted on board 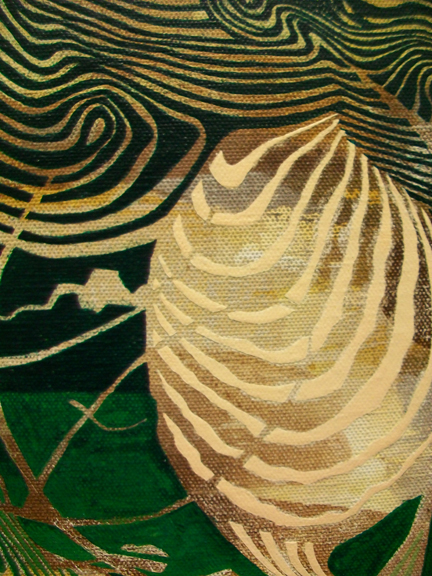 Mara Held, Between Island and Mainland (detail)
Posted by S.A. at 12:49