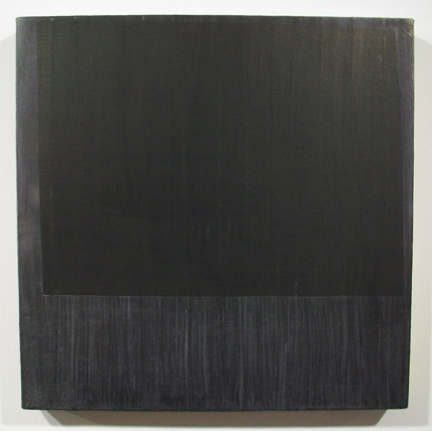 In her third solo exhibition at Janet Kurnatowski Gallery (through April 22), Kazimira Rachfal presents a group of spare and deeply evocative paintings. The ten new works in the show are all very small scale and are installed with plenty of space around them, heightening the compressed presence and intimacy of each piece. Employing an iconic motif -- a rectangle with a slightly curved angular top, contained in varying ratios by a solid field and the edges of the canvas -- the artist explores the nuances of proportion, touch and color. The surfaces vary from impasto to thin veils of oil, arrived at through a long slow intuitive layering process that leaves traces of each previous action. These paintings are both intensely sensual and eloquently understated. There is a quietness to this work, a sort of splendid stillness that conjures ancient connections to ontological mysteries -- each work an embodiment of a series of essential transformative encounters. 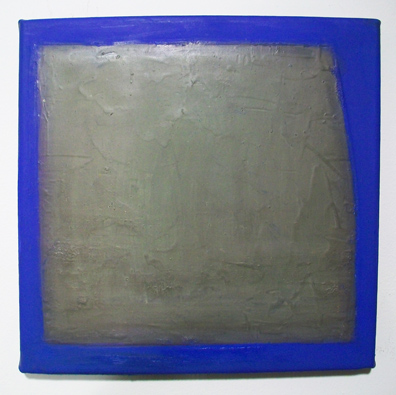 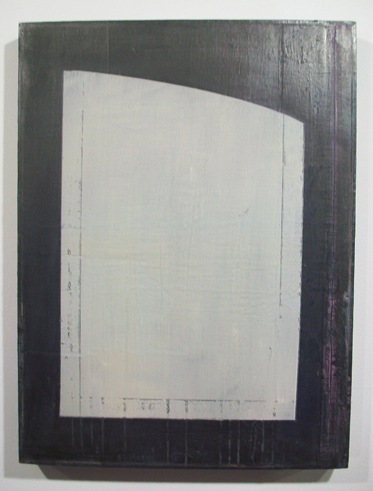 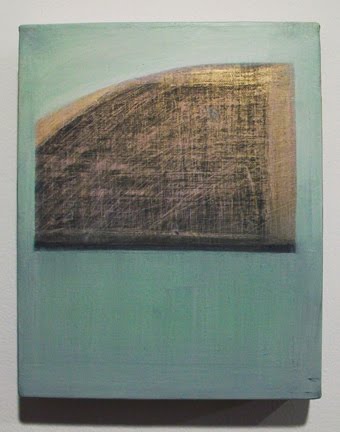 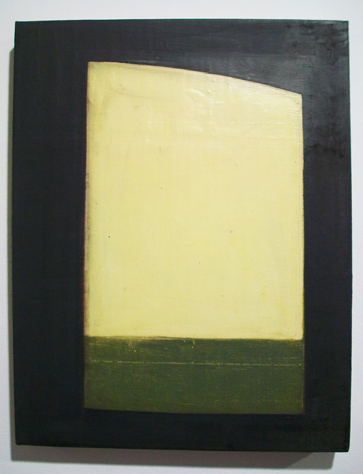 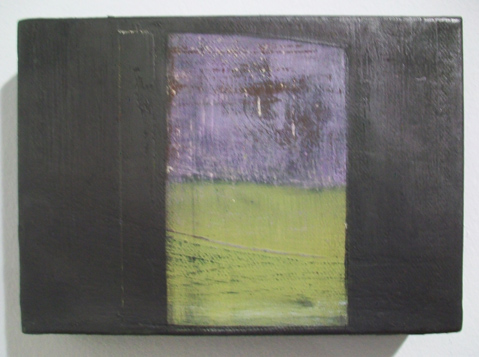 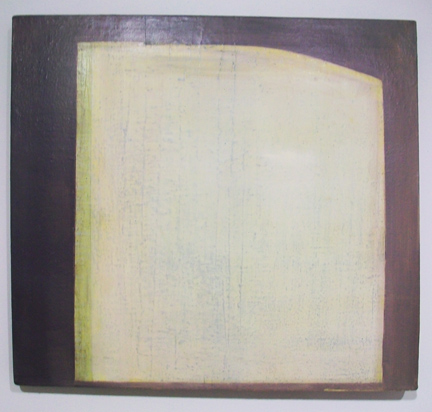 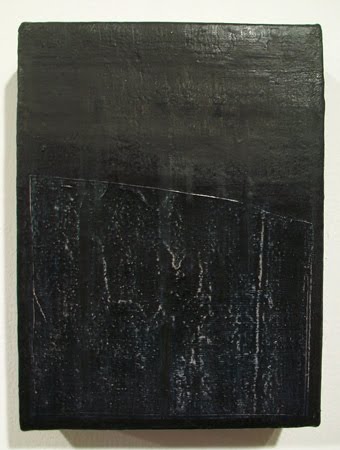 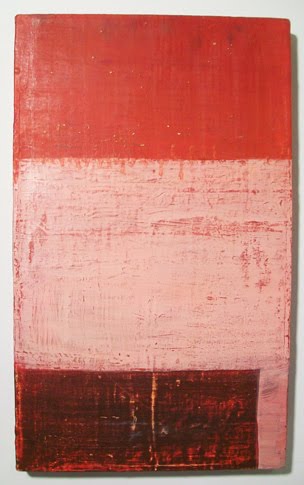