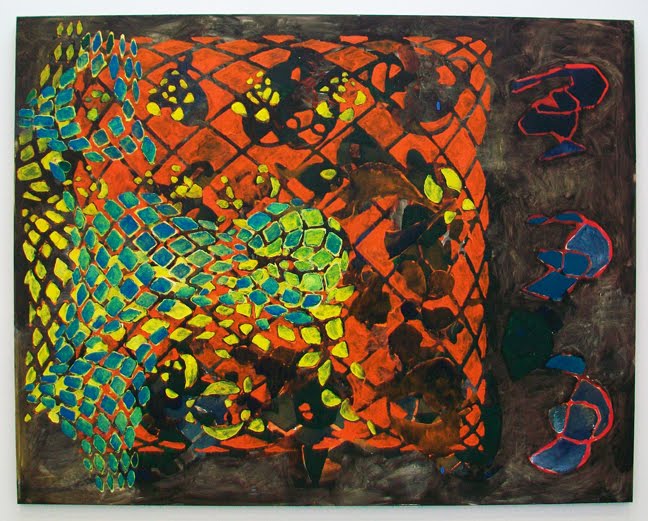 There has been a run of luscious painting in Chelsea this season, and right up there is a group of new works by Terry Winters at Matthew Marks Gallery, through April 14, 2012. The show, titled Cricket Music, Tessellation Figures, & Notebook, features 14 large recent paintings, and in a smaller space down the street, a group of fascinating collages that illuminate Winters' working and thinking process. Using tessellations and knot theory as a starting point, Winters builds complex organic systems of shapes and colors that accumulate in layers of floating, overlapping and interconnecting planes -- all emerging from a soupy painting space. At a distance, the complex patterns undulate and vibrate with carefully calibrated color resonances. As we move up close, the rich surfaces reveal an intuitive process of constant revision -- sensual physical presences. 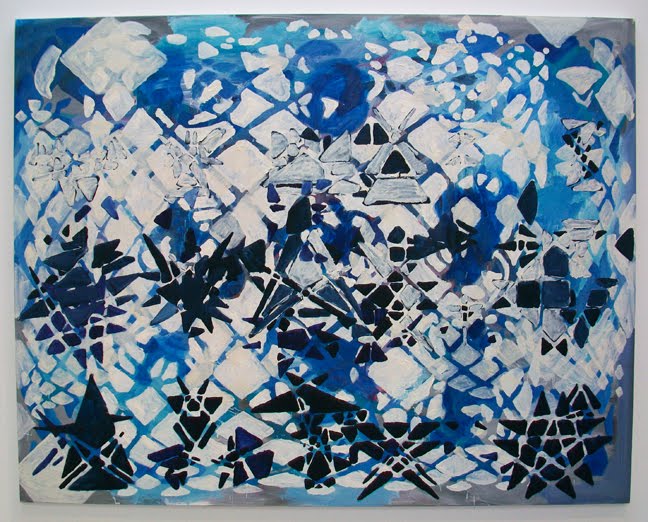 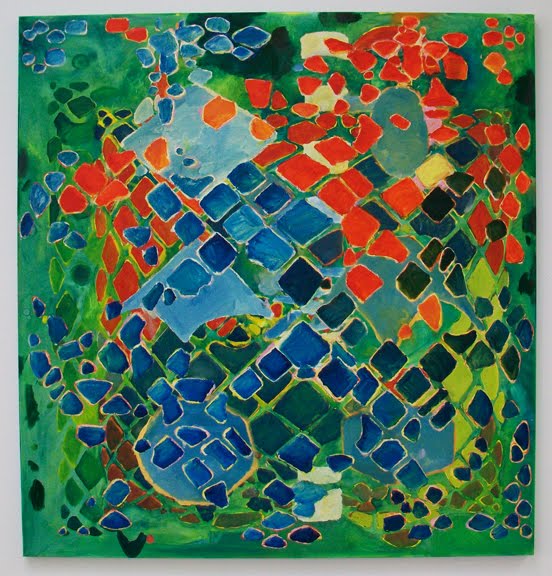 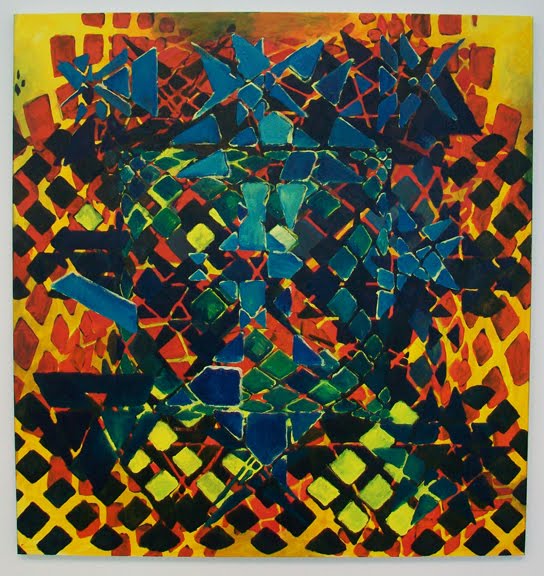 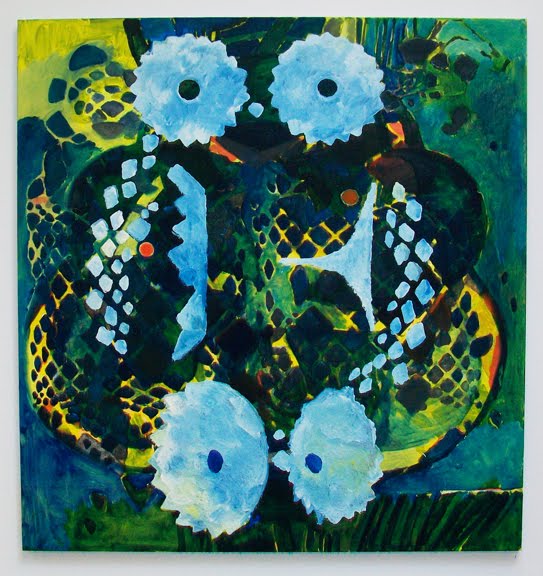 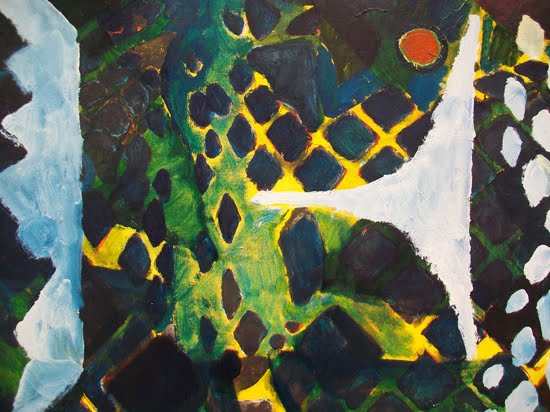