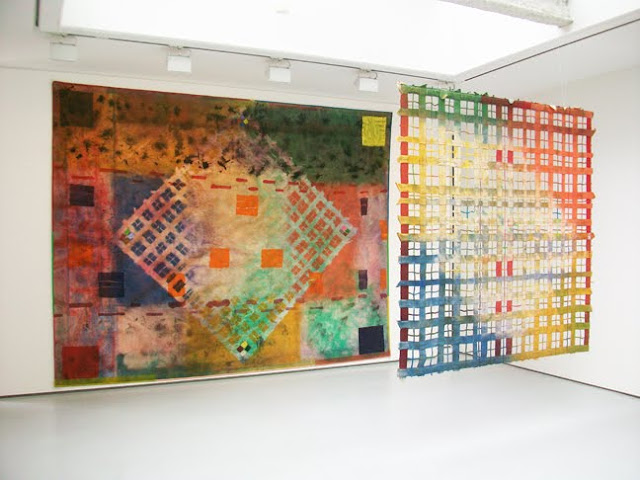 It has been a very long time since we've seen a group of work by Alan Shields, who died in 2006 at 61. In the '70s, he was a singular artist, who epitomized the "post-minimal" sensibility, making vibrant paintings that were sculptural objects, constructed of scraps of painted canvas sewn together, often embedded with beads and other colorful objects. The work had a tie-dyed hippie look to it that was alive and playful, but also deeply rooted in a ritualization of the painting process and an assertion of art-making as an ancient practice. Shields was originally represented by Paula Cooper, and was one of the heavy hitters in her stable until sometime in the early '80s when he just sort of disappeared -- retreating to his place on Shelter Island to tend his garden and operate the local ferry.

The Shields estate is now represented by Greenberg Van Doren in midtown, where a new exhibition of his work titled Something Going On & On is being presented through June 24th. Included in the show are about half a dozen large paintings, several 3-D pieces that hang from the ceiling, and a group of small works constructed out of handmade paper. I will say right off that it is great to see Shields' work in person again. Particularly the large paintings possess a rich merger of painterly field and constructed objecthood -- at once offhanded and painstakingly built. The stained surfaces create layered, non-hierarchical spaces where colors, shifting planes and chunks of paint float like fleeting thoughts. What I must say was a bit disconcerting about this show, however, was the stark change of context that has occurred -- the difference between a coherent and exuberantly experimental Alan Shields installation in a funky downtown space, and a sterile collection of individual works hung like artifacts in retrospective reverence. Nevertheless, it is important that this work is again a visible presence, and that Alan Shields has not been forgotten. 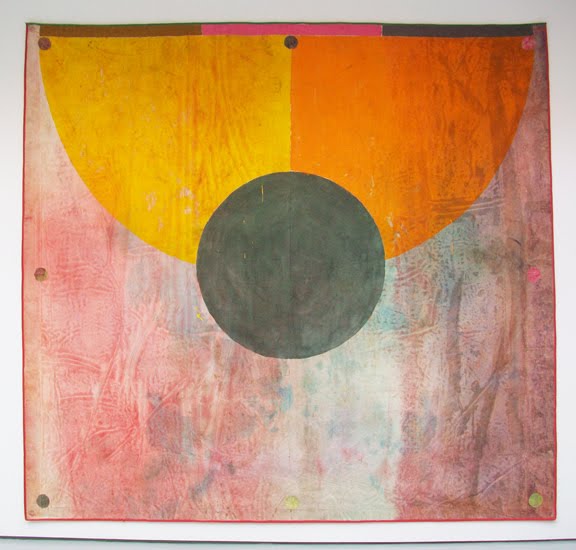 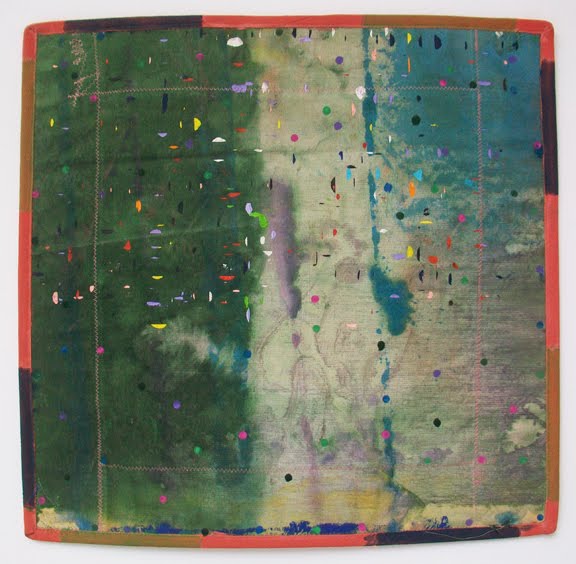