BLINKY PALERMO: To the People
of New York City -- Revisited 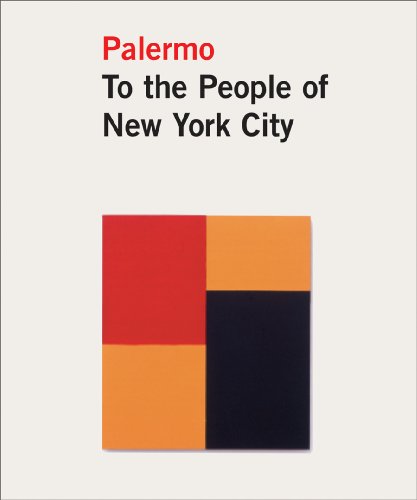 I'm unclear about all the details, but this book was originally published in 2006, then quickly went out of print. Finally, late last year, after much delay it was re-issued by Dia and Richter Verlag. Having failed to acquire a copy of the original printing, I'm not sure if this new version contains any additional information, but I assume the lengthy delay had something to do with editorial revisions. It is indeed an exhaustive analysis from every imaginable angle of Palermo's last and most important work. The essays by Lynne Cooke, Christine Mehring, Anne Rorimer, Pia Gottschaller, and several others, are full of historical, theoretical and contextual information, and deeply scholarly explorations of this enigmatic piece. Also included is a wonderful recollection by David Reed, and most interesting to me, an interview with Joseph Beuys. It is Beuys who most acutely illuminates the character of this work when he refers to Palermo's "porosity".

For myself and many other painters of my generation, To the People of New York City was a watershed work that almost magically synthesized the impulses of that moment into a new approach to painting. The work was first shown in 1977, shortly after Palermo's death, at Heiner Friedrich's gallery in Soho. Although Palermo had built a strong reputation in Germany, very few people in New York had ever heard of him. I was lucky enough to be working at the time with Alanna Heiss at P.S.1, and one day when I entered her office for a meeting, she just started chanting "Blinky Palermo....Blinky Palermo....go see Blinky Palermo...." -- so of course I did. One of the small disappointments with this new book is that there are no images of that original installation (actually there is one grainy b/w image of one corner of the gallery) -- and at this point, it is very hard to remember specific aspects of the installation, but what is still absolutely vivid is the feeling that it evoked -- the primal hum of that room. 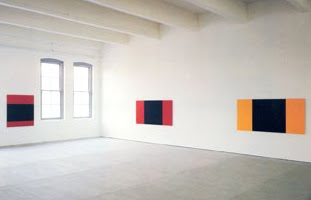 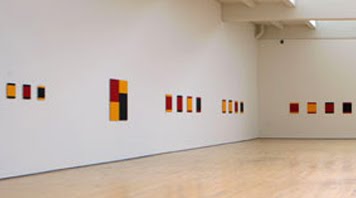 
Taking a cue from the implications of Newman's Stations of the Cross, and Rothko's Chapel works from the previous decade, Palermo conceived a serial group of objects unified by color and configuration. Responding to the reductive materiality of Ryman, he devised a group of aluminum panels that appear to float in front of the wall, and applied acrylic paint in the most direct manner. From his teacher, Beuys, he understood the notion of creating a ritualized space, and that every material substance is charged with its own energy. Palermo's genius was creating a pulsating visual poetry that envelops the viewer in a sensate choreography, that has the open-ended improvisation of jazz and the playful directness of the Ramones -- a space in which the highest aspirations of painting are inseparable from its ancient ritual origins. 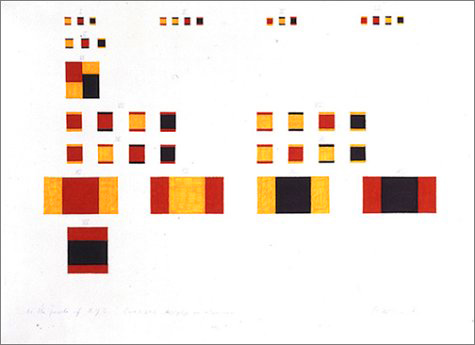 Blinky Palermo, To the People of New York City, 1976, drawing, graphite & marker on paper
All images from the Dia website