ALANNA HEISS and P.S.1 - A Tribute

Maybe this is old news, but it’s new to me -- a recent New York Magazine article reported that at the end of the year, Alanna Heiss will be leaving P.S.1, at the insistence of the MoMA Board. This is a shocking absurdity, and will be a sad day for contemporary art. As Baldessari is quoted saying in the article, “Alanna is P.S.1, and P.S.1 is Alanna”. Without Alanna, the great P.S.1, the renegade epitome of “alternative space”, may inevitably devolve into a caricature of itself, corporate bohemia, a relic or an artifice like the re-creation of Pollock’s studio floor in the MoMA retrospective. Hope I'm wrong. The eight year collaboration with MoMA notwithstanding, P.S.1 is and was the antithesis of the behemoth corporate institution that is the Modern – and Alanna is and was the extraordinary mind and energy, the force of nature, that created it from the ground up.

It was my extreme good fortune to have worked for and with Alanna during the birth of P.S.1, 1975 through 78 or so. I began working at the Clocktower in ’75 as an intern during grad school at Columbia, partly designing Artforum ads & other PR, but also working hands-on in every aspect of the operation. Alanna’s primary co-conspirators at the time were Linda Blumberg, program director, and the late Steve Reichard, the money manager and party organizer. Everything that happened there was “seat of the pants”, never any money, but always with the goals of innovation and accommodation to the art and artists’ needs. Alanna was a complete live wire, seemingly subsisting entirely on coffee and cigarettes. Her edge and determination and sense of humor defied or simply refused to acknowledge obstacles. In the daily meetings, she would riff on her latest ideas, we would discuss various alternatives and angles, and then we’d all scatter to find ways to pull them off. The atmosphere Alanna created was one of generosity and excitement – of endless possibilities.

Then came P.S.1 – a once-grand school building, in a forgotten neighborhood in Queens, that was in such poor shape it seemed to be turning to dust. To Alanna, this was IT – the perfect embodiment of her vision – and then some. And here is Alanna’s genius – or one of her geniuses -- within a few short weeks, she had organized not only a crew to clean up the building, but a group of 78 major artists, including Serra, Nauman, Oppenheim, Acconci, Andre, on and on, to do site-specific pieces in the building. Each artist took a classroom or some other space, cleared some rubble, and made something happen. The historic “ROOMS” exhibition (June 1976) took place, accompanied by an outrageous gala opening party, less than a month after her acquisition of the building.

The first time I entered P.S.1, maybe a week before the opening of the show, the place was a complete wreck, but crawling with artists – everybody was dirty and sweaty, pitching in to help each other, working hard to get it together. Gordon Matta-Clark was busy slicing through three floors of the building with a circular saw. Acconci, who had opted for the boiler room was covered with soot and having technical problems with his tape machine. Nonas and Grosvenor were wrestling with huge hunks of steel and tar-soaked wood. At the end of the day, everybody gathered in the auditorium for an amazing group photo. Everybody knew this was a major moment, not just the photo, the whole situation. P.S.1 as a place, a context, an event – just blew everyone away. It was utterly unlike anything that had come before, or has come since.

In another fortunate circumstance for which I've always been grateful, Alanna asked me to edit and design the exhibition catalogue documenting this unprecedented show – which was a huge task and a great honor for me. While working on the catalogue in a makeshift office in a large corner room, long before the executive offices were moved from the Clocktower, I spent countless hours and days exploring every inch of the great building. Later, I had a wonderful studio for a year in the labyrinthine attic, but also continued to help out where I could -- coordinating some of the early programming, including memorable installations by Robert Barry and Elyn Zimmerman, and a Dan Graham performance piece. Within a very short time, beautiful formal exhibition galleries were created on the first floor, and P.S.1 cemented its position as the world's most versatile and innovative art center. But I don’t think it really occurred to anyone in those earliest days, except of course to Alanna, that P.S.1 would still be around 32 years later.

Through all the changes that have taken place over the years, Alanna’s mission has remained amazingly true. When the merger with MoMA happened, along with my serious misgivings, I thought, well…at least now she won’t have to grub for money anymore. And in spite of the MoMA connection, the P.S.1 programming has continued to be high quality and great fun, if no longer as revolutionary. It is sad though, that in the end, Alanna has had to give it up to the money and condescension of the suits and academics in midtown. Still, her vision, her accomplishments, and her ability to sustain have overwhelmed any possible expectation. I’m not usually at a loss for words, but when I regard the depth and complexity of her contribution – and what it took to make that happen year after year, words just don’t stack up. Thanks for everything Alanna. 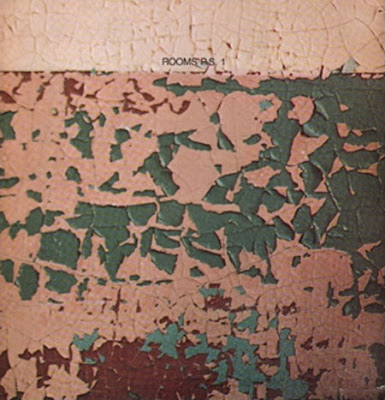